What Are the Most Expensive 2015 Smartphones in the World, and Why?

If you think that the iPhone 6 is pricey, boy have we got some surprises for you. The standard smartphone ranges anywhere from $500 to $800, though many consumers never feel the full hit of the retail price thanks to the magic of mobile phone contracts. But those aren’t the most expensive phones out there by far. Here are some of the most expensive smartphones in the world… and how their manufacturers justify their price.

Benefits: Made of alligator skin and, yes, diamonds, the Vertu Aster is one of an entire line of famous luxury smartphones. Vertu’s smartphones all run the Android OS, and as far as tech goes, they’re not significantly advanced — the Vertu Aster has, interestingly, a 13 MP front-facing camera and a 2.1MP rear-facing camera, with a 2.3GHz processor. But what they lack in tech they certainly make up for in style.

Benefits: A standard smartphone in almost every way, Mobiado’s Pioneer has a rather unique claim to fame: its precisely etched backplate is made out of authentic meteorite. The Mobiado Grand may not offer amazing technology, but what it does have is something that no one else does: a connection to deep space. 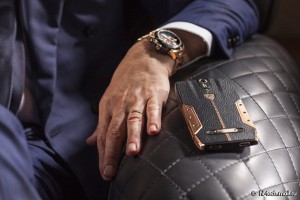 Benefits: Lamborghini has been manufacturing its own distinct line of phones for quite a while now, all with the car company’s unique sense of style. Available in bright shades of detailed leather and a rigid steel body, the Lamborghini 88 Tauri comes with a 20 MP camera and a 5″ high resolution screen. That said, its real value is exclusivity: less than 2,000 will be made. 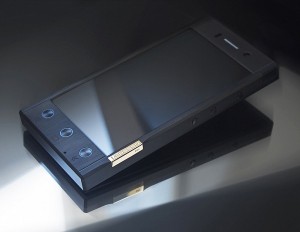 Benefits: At this point, a price of $2,500 looks almost affordable. The Gresso Radical Black has a rather weak processor (1.2GHz) and its camera is nothing to write to your banker about (8 MP), but once again, it’s all about style. The Android phone features sleek, modern lines and a large, almost bezel-free screen. It also includes necessary features such as a compass, GPS and accelerometer.

Benefits: Apart from being a familiar brand, Samsung’s Luxury Flip Smartphone is distinguished by having some impressive hardware. It includes a 2.5 GHz processor and a 16 MP rear camera — you might note this as being pretty similar to the specs of the $10,000 Vertu. But even better, the Samsung Luxury Flip Smartphone is exactly that: a flip phone. The phone can fold and then flip open, looking exactly like a large smartphone screen but with the flexibility and convenience of a smarter device.

So what makes a luxury smartphone so expensive? It’s mostly the materials: when you cover a device in solid gold and add diamonds, it’s going to get up there. For the most part, luxury smartphones don’t have anything special in their inner workings when compared to less expensive devices: it’s all in the style.