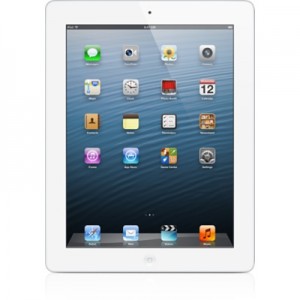 The iPad 4, also known as the 4th generation iPad and the iPad with Retina display is a tablet computer by Apple. It has a Retina display like its predecessor, but features a faster Apple A6X chip. In fact, benchmark tests show that that the iPad 4’s CPU is twice as fast as its predecessor. The Apple A6 is comprised of: The Apple Swift dual-core CPU running at 1.4 GHz, a quad-core PowerVR SGX554MP4 GPU and 1 GB of RAM. Altogether, one of the fast iPads ever created.

Go Gadgets has always strived to be on the cutting edge with all Apple technology, so as soon as the iPad 4th generation was released we got our hands one and familiarized ourselves with all the new components. We are recognized as the premier iPad repair shop due our passion for these awesome gadgets! So if you are having iPad problems, don’t fret, just bring in your device and we will take a look at it and give you our honest assessment.

Go Gadgets is located in Clark County, NV to serve you: